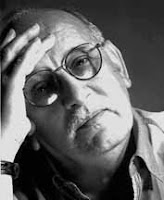 (Concepción, 20 Oct 1937). Paraguayan painter and engraver. His training was in architecture, and this had a considerable influence on his painting style, but although he also studied art in Madrid (1964-5) and Paris (1969-70), he was basically self-taught as an artist. After the 1950s, when he went through an initial phase oscillating between a rather wildly dramatic style and another that favoured formal organization, he settled on a more stable personal style in the 1960s. His most frequently used technique, xylopintura, involved the use of wood-engraving tools to cut into plywood; the variations in the layers and the end- and cross-grain absorbed dyes and paints in different ways, andthe image emerged from the process, for example in the xilopainting Icarus (1966; Washington, DC, A. Mus. Americas).

In 1977 he began to develop a series of constructions entitled Reflections on Durer, in which he analysed his own expressive vocabulary and at the same time made a moving statement on human liberty. These 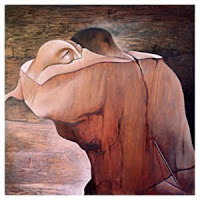 works undoubtedly reflected the influence on Colombino of the Paraguayan RE-FIGURACIÓN movement. Both his tormented neo-figurative work of the 1960s, when he had been a proponent of Neofiguración, and these precise and shattered constructions constitute a vigorous indictment of the violation of human rights committed by Latin-American dictatorships, especially that of General Alfredo Stroessner in Paraguay from 1954 to 1989. From the early 1980s Colombino extended his style to an aggressive impressionism in solid constructions such as The Resurrection (1988), a mural in Concepción Cathedral.